Despite the reduced activity due to the pandemic, City of Sails pipe band is still active.  Just over the previous weekends, the band has participated in the Auckland Farmers Parade, Papatoetoe Santa Parade, and the Papakura Rotary Santa Parade.

This parade season saw two of our young pipers join in for the first time.  Kieran’s first outing was the Farmers parade, and Zac’s was for the Papatoetoe parade. 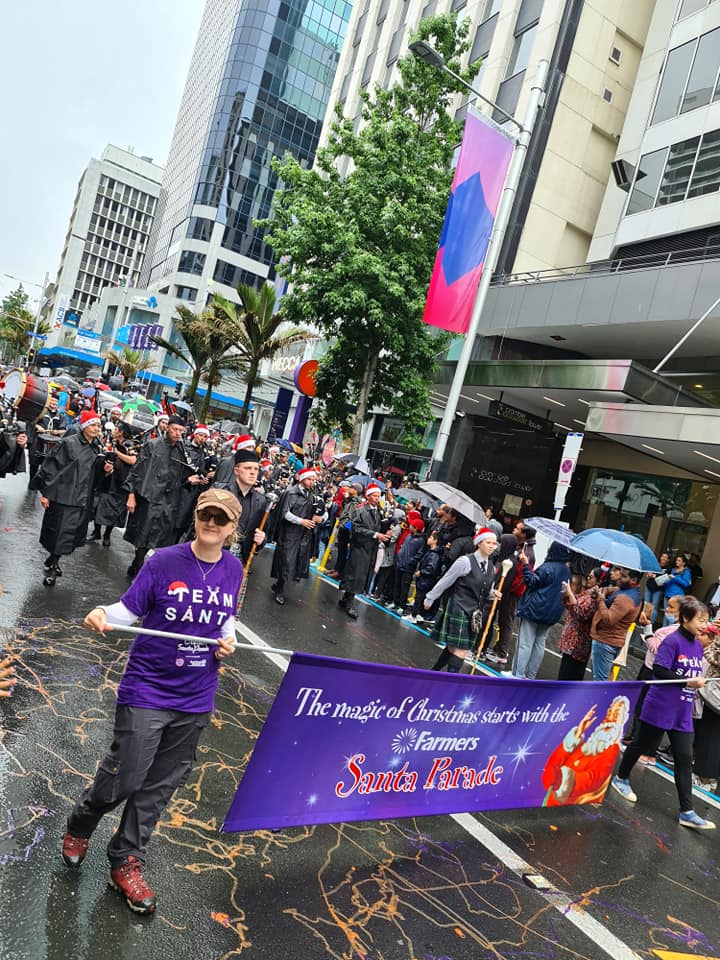 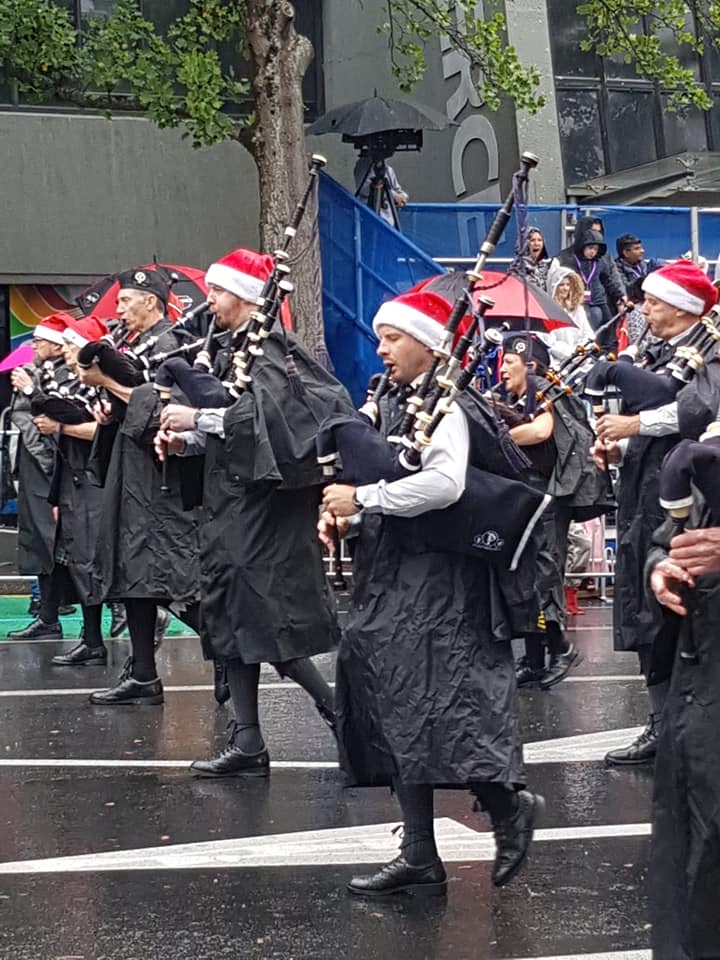 The band braved the damp weather to march down Queen street in the band’s first outing of the season.  Much like other community gatherings in this current health climate, it did not stop the crowds forming from about midday to get good spots to see the parade floats.  The numbers were a bit lower than last year probably due to the weather and not the determination of the Auckland public.

The Papatoetoe parade on Wednesday evening went very well.  The band starts part way through so that there is energy in the performance right to the end.  As it gets later into the evening, it gets colder and can play havoc with the tuning.  For the experienced pipers this still seemed like a long parade, but the streets are packed for this one, especially in the old Papatoetoe township.

Once the band finished, it was off to the Papatoetoe RSA for a well deserved meal and refreshing beverage.

The band was small for this parade, having only 5 pipers, a tenor, and a bass. This was a nice parade to finish the festive season on for the band. 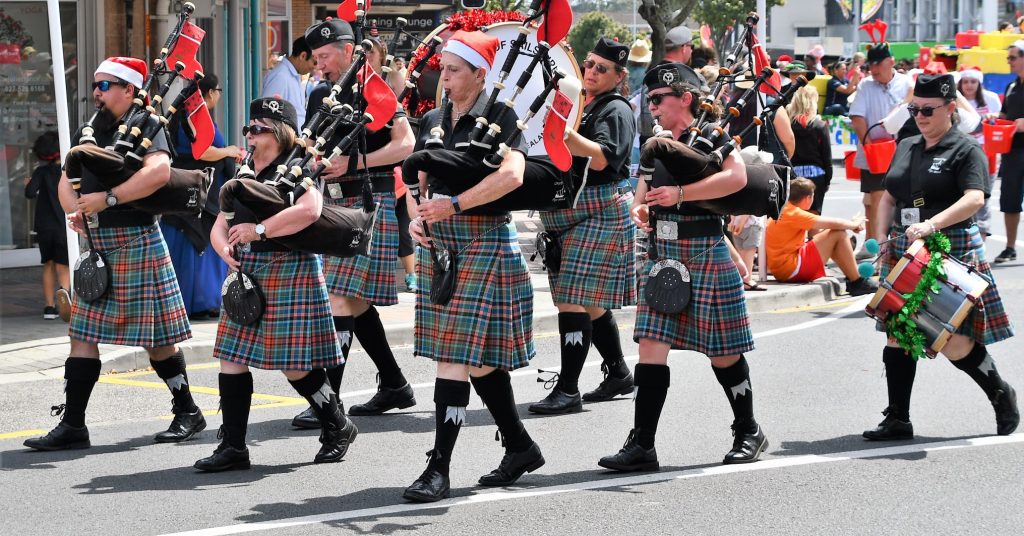 Seasons greetings to all

The band has only 2 practices left before finishing up for the year.  Wishing everyone a merry Christmas, and happy new year, we look forward to seeing everyone in the new year, hitting the ground running in preparation for the pipe band nationals in Hawkes Bay.